The Parish Church of St. Thomas the Apostle

In 1215 the Church changed its name to St. Thomas the Apostle.

Between the 11th and 18th centuries, the church underwent a number of changes; with the growth of the population it was becoming too small, and its basement and main construction( an older medieval basilica with 3 naves) were used for a larger or even a totally new construction. It is supposed that the church then was actually today's sacristy from the 14th century.

The church assumed its present shape around 1730.

The Church was consacrated by Archbishop of Zadar Vicko Zmajević at his second visitation to Tkon in 1742. The event is noted on the marble board that can be seen in the presbytery, on the wall of the main chapel by the side of the Gospel.

The Church largely owes its reconstruction to Emilio Conte de Erco who vowed to donate money and reconstruction plans, and the charitable labour of the local population. The year was 1938.

On September 9, 1944 Anglo-American forces bombarded the Church, causing heavy damage, completely destroying the altar of St. Thomas, the pyramidal top and a drum of the church tower.

The church tower has never been returned to his original shape.

Benedictine priests 'koludari' from Ćokovac rebuilt the Church in 1956.
In his book " Zara Cristiana', F.C.Bianchi, priest and public notary, finds that The Church of St. Thomas the Apostle is the most beautiful rural sacral building in the Archdiocese of Zadar. 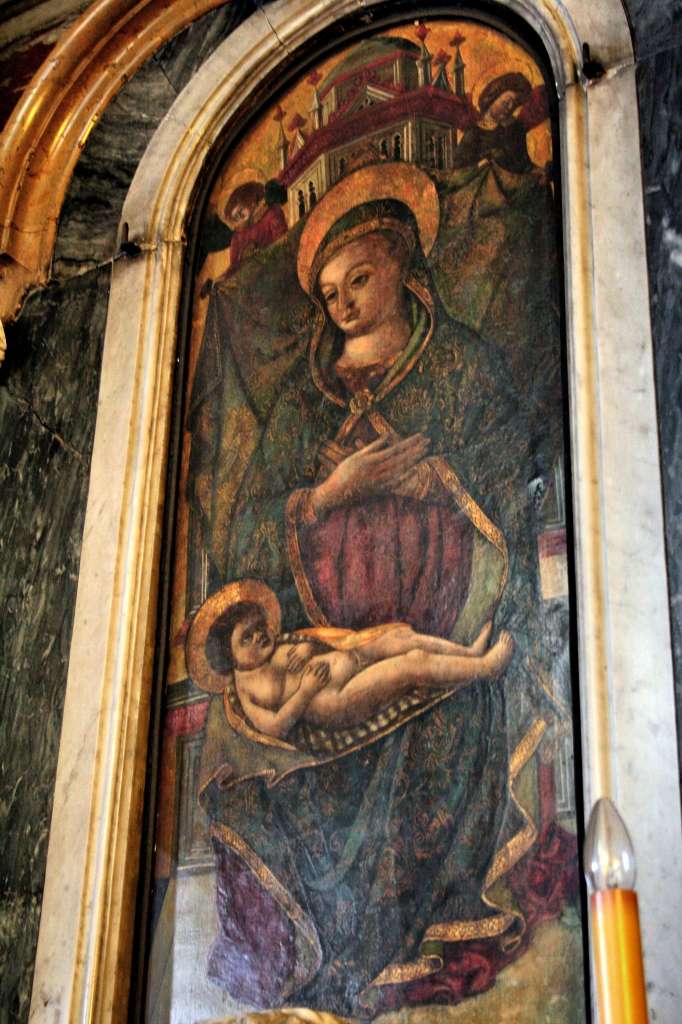 The Church of St. Thomas the Apostle is a Romanesque building with three naves with an apse and five marble altars. The naves are separated by six pillars with early Romanesque rich capitals on each side.

The main baroque altar is dedicated to the Virgin Mary, with a valuable painting of" Madonna on the Throne" holding the infant on her knee. Although there are believes that the painting is a masterpiece of the master Jordanić of Zadar, some others ( Luka Jelić ) think it was painted in the 12th century or even earlier.

The church- tower used to have four Romanesque bells, two of which were taken by Austrian authorities at the begining of WW1 for military purposes. The tower of today ( " Alta turri Ornatur ") has two beautiful bells, a bigger and a smaller one, with electricity driven commands since 1980.

Church of Our Lady of the Seven Sorrows

Overlooking the village, on top of Kalvarija hill, stands the church of Our Lady of the Seven Sorrows (18th century) with a way of the cross. Already in the 15th century, the hill served as a venue for local people to see and hear some of the oldest preserved miracles in the Croatian language – Christ’s Resurrection and other miracles from the collected Tkon anthology. 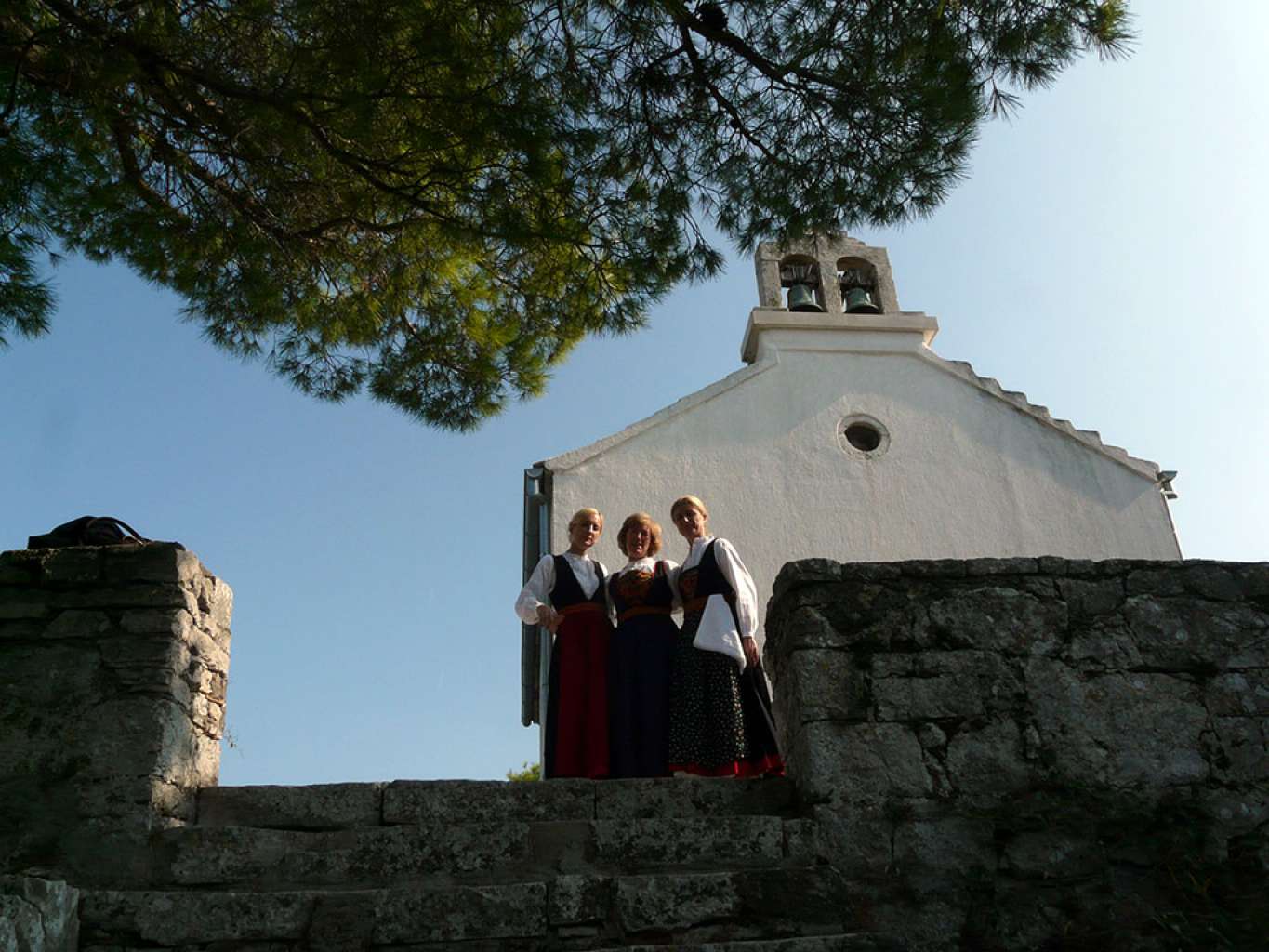 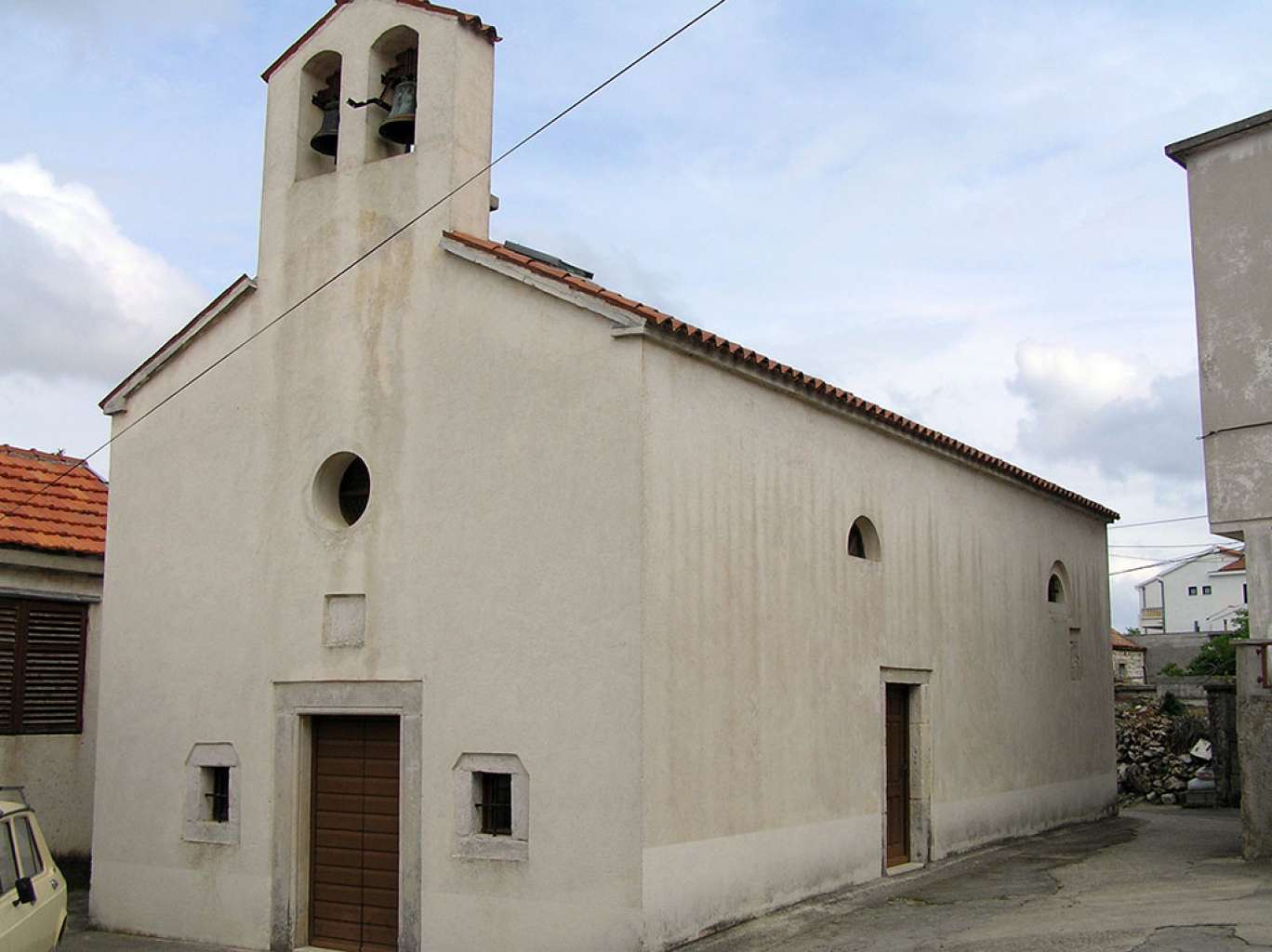 In the centre of the village we find the church of St. Antun the Hermit (17th century), erected with the bequest of local glagolite A. Palaškov in 1672, and containing a marble altar that dates from the beginning of the 19th century. The brotherhood of St. Antun exists to this day. 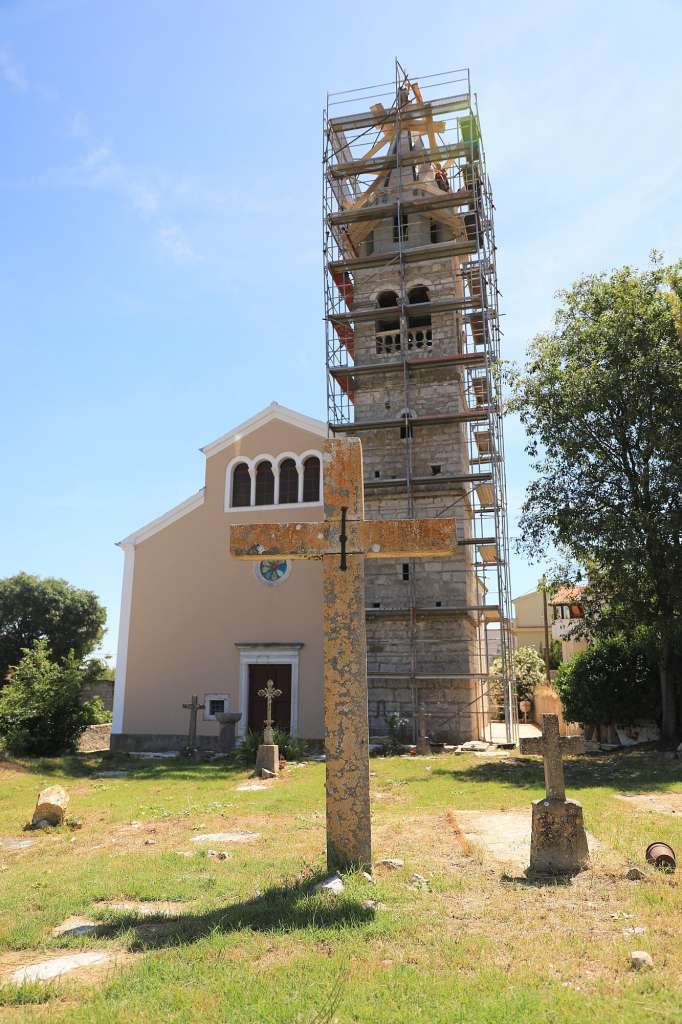 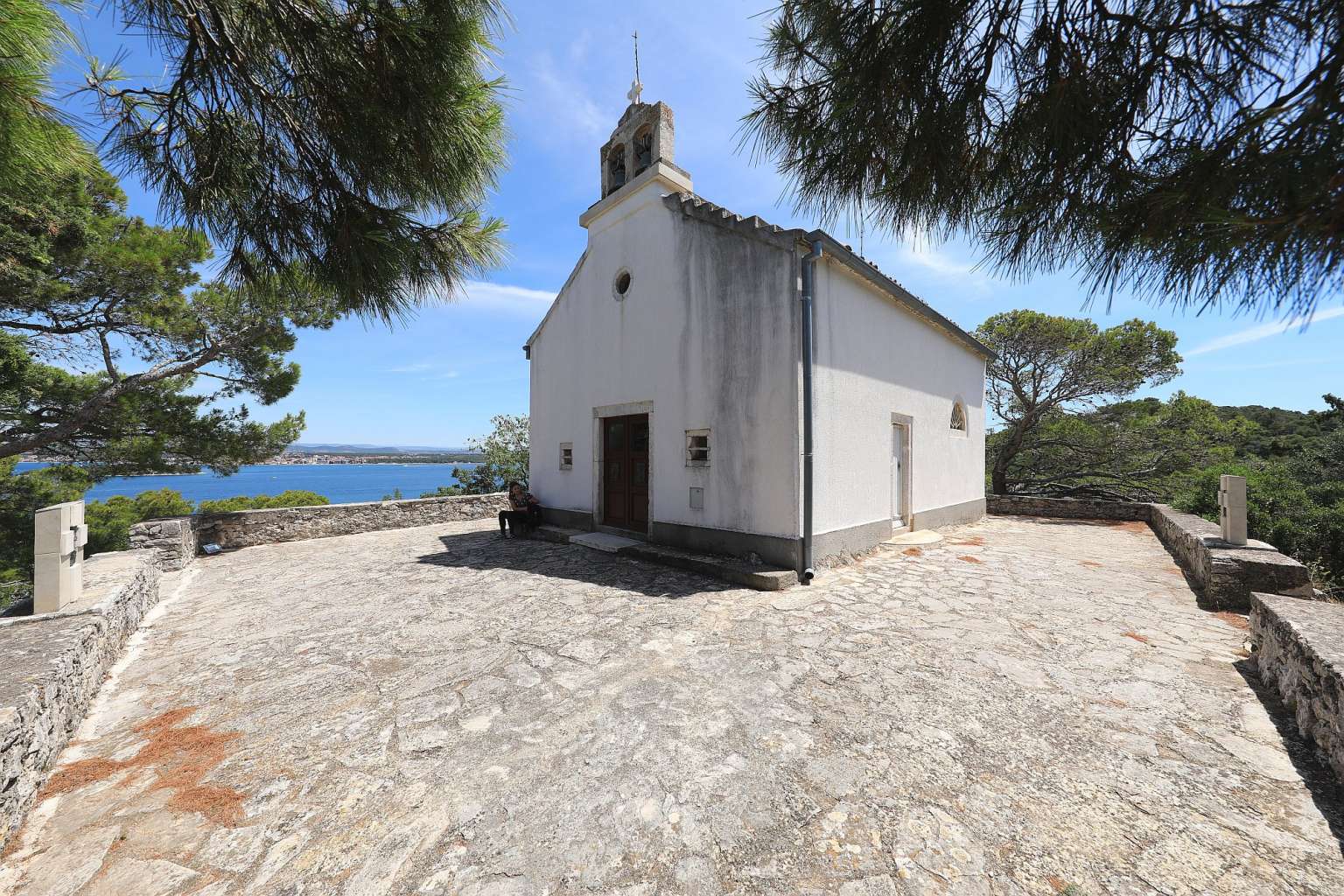 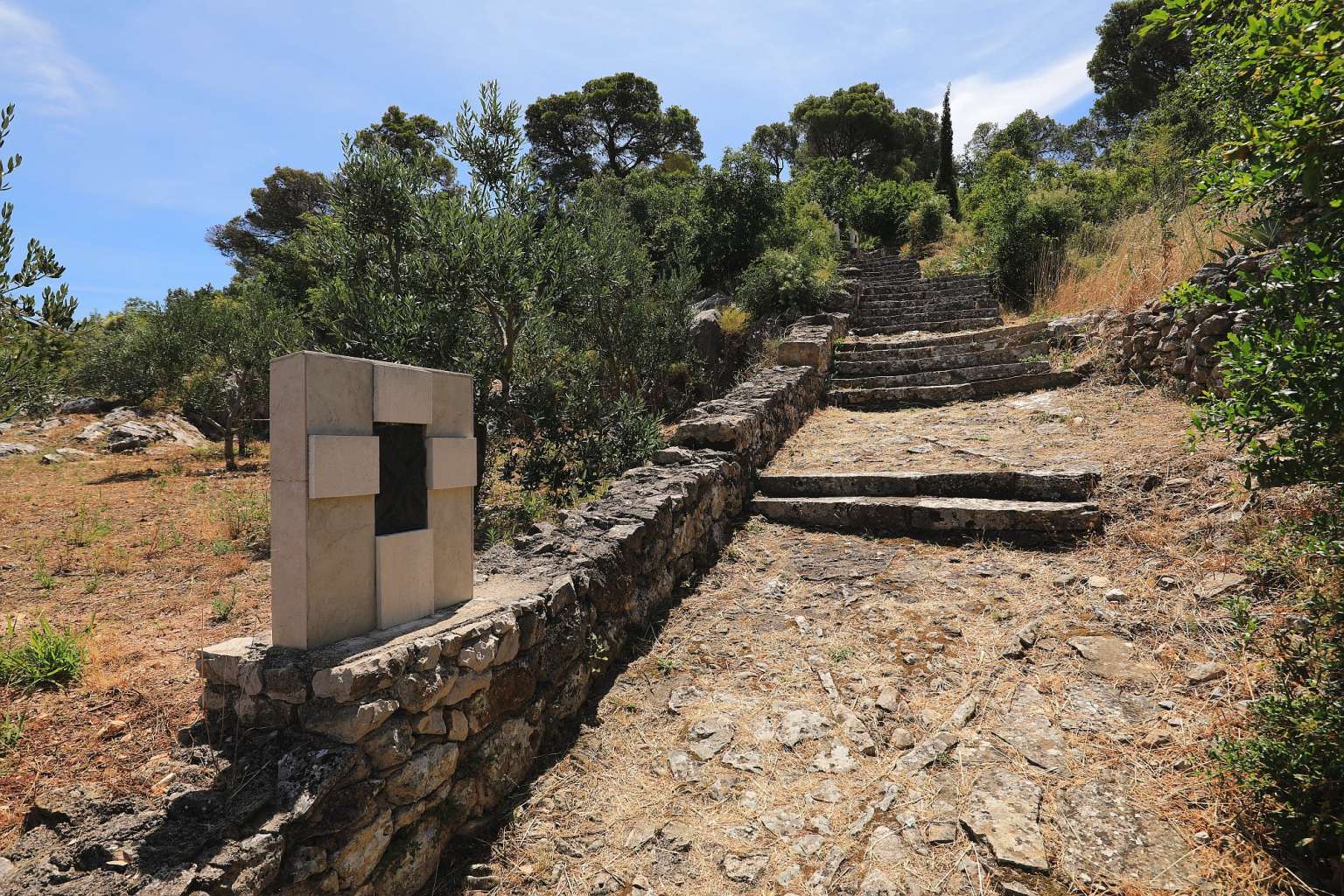 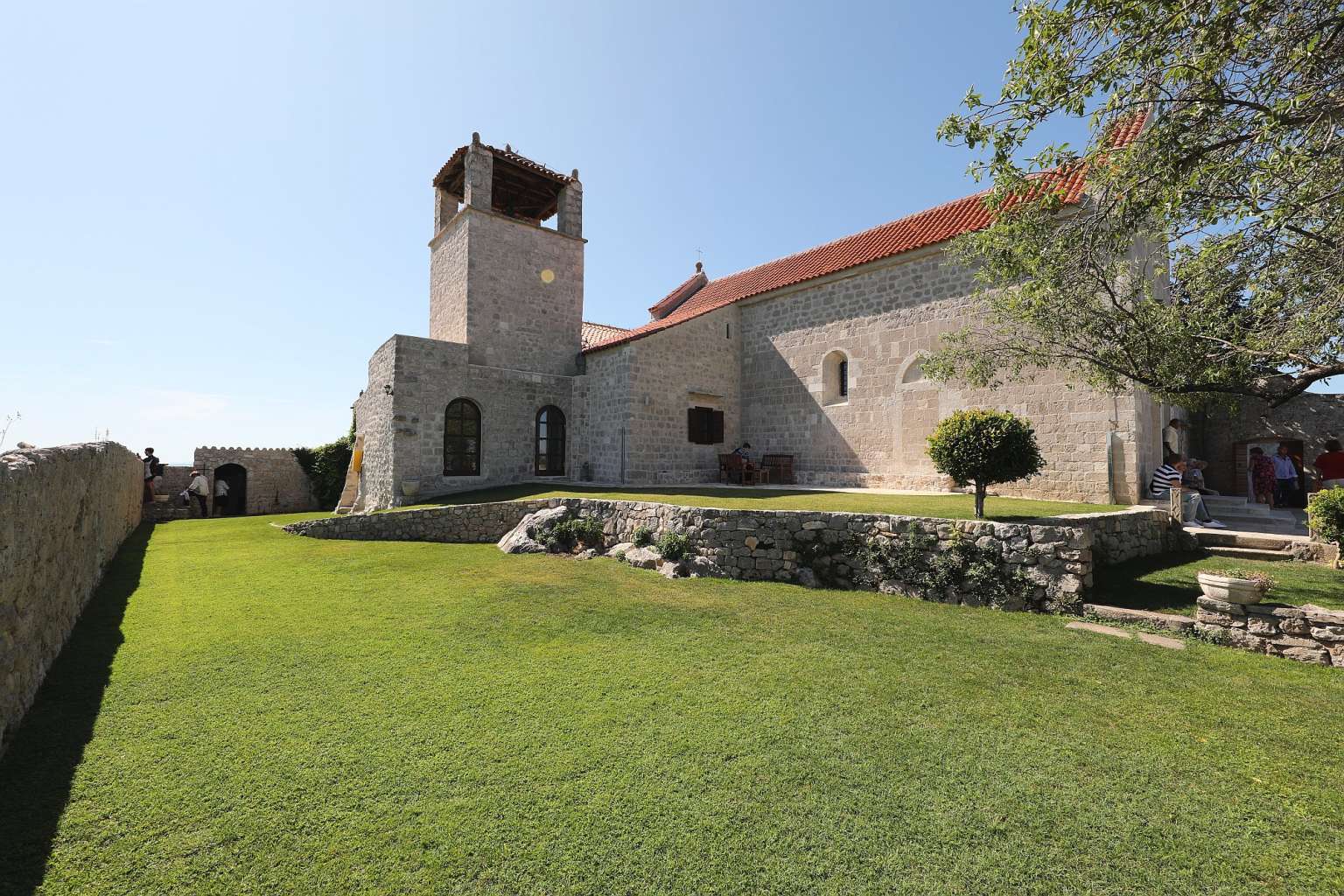